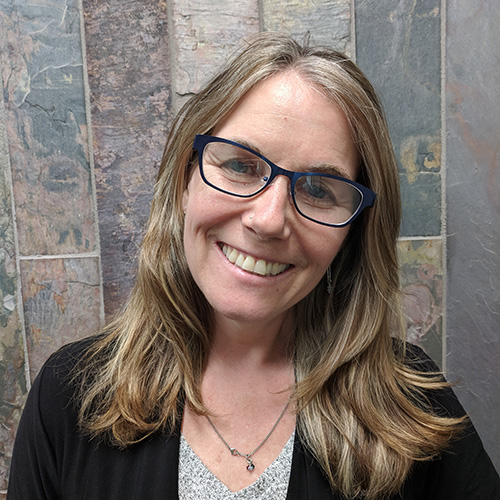 Diana is a researcher, communications expert, activist, and social entrepreneur. She has worked nationally and internationally. leading research and community development initiatives aimed at changing the policy context and providing critical evidence on the ground to make a more just and sustainable society. She has also co-founded several successful mission-driven enterprises.

She is a Research Advisor to the Canadian Centre for Policy Alternatives and a Distinguished Research Fellow of the University of Alberta's Parkland Institute. 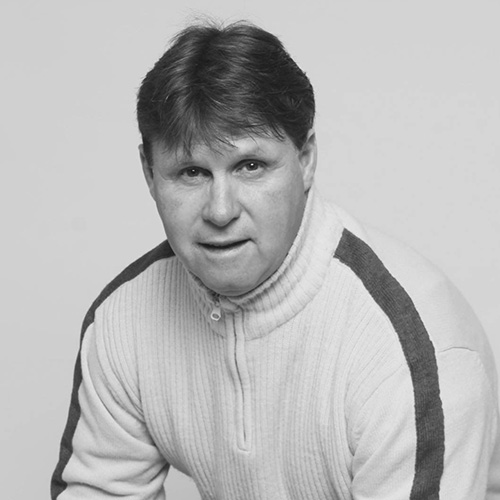 Barry is a professional accountant who has worked in management for 30 years. This includes being the Manager of Finance in the private healthcare sector and the Manager of Operations and Finance for both of the Offices of Aboriginal & Intergovernmental Affairs for the provincial government in Nova Scotia. Barry moved to Victoria 4 years ago to continue his career. 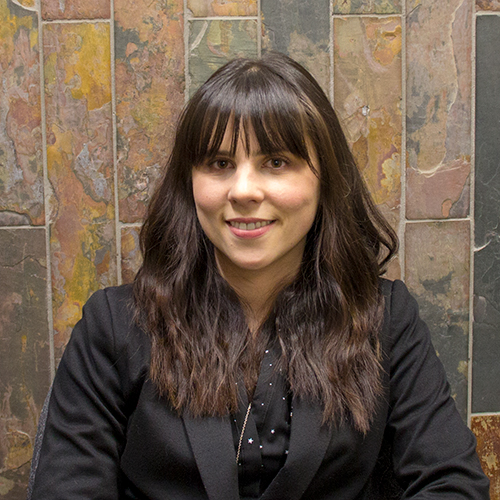 Chelsea has a background in nursing and a Masters in Public Health. Her interestes lie in social determinants of health and participatory action research.

She has published with the Council on food systems metrics, and led community engagement. 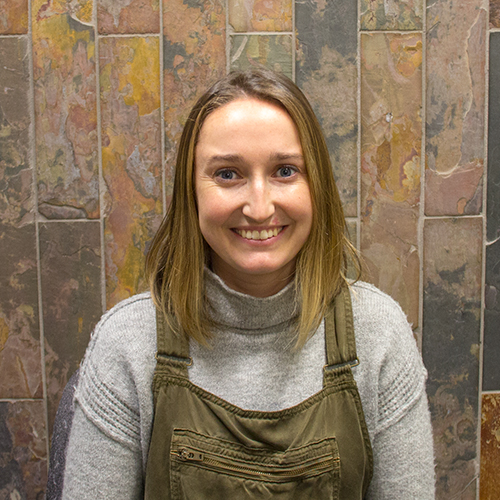 Mikaila holds a Bachelor’s degree in Gender Studies and Social Justice Studies from the University of Victoria. She has worked and volunteered in Victoria’s nonprofit sector for the past eight years with organizations involved in the areas of inclusive education, disability, sexual violence prevention, and homelessness. She is interested in participatory action research as a tool and process for community planning and development. Mikaila has worked on the Point in Time Count with the Community Social Planning Council, as well as projects on climate equity and women’s financial access. 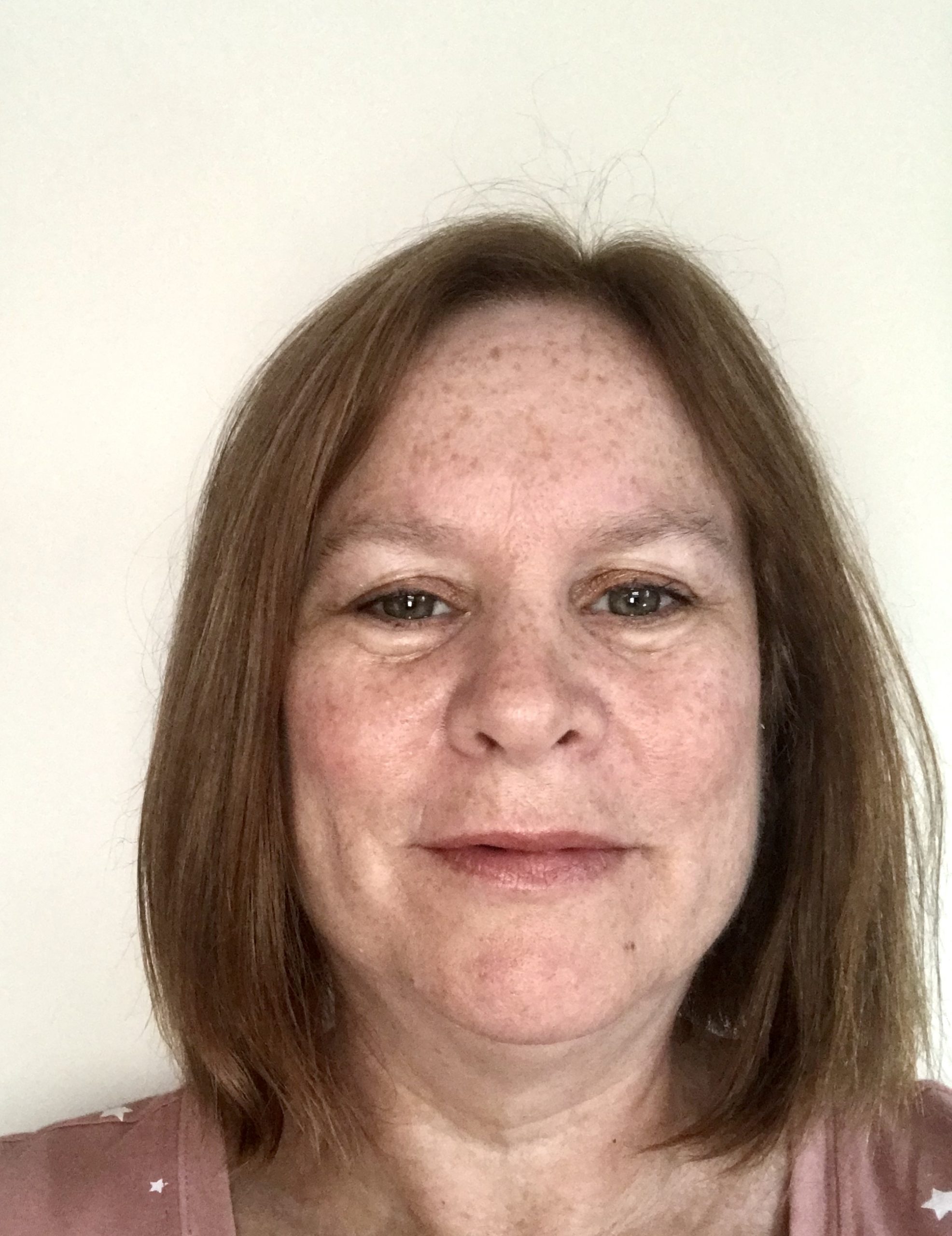 Margaret is a passionate and longtime advocate for income, housing, and food access & equity for all. She has led numerous community-based research and evaluation projects that have led to policy action for women transitioning from violence, affordable housing, homelessness, food security, and child & youth mental health.

Margaret holds a master’s degree in Public Administration, entering graduate studies as a successful leader in community based mental health at the consultant, management, and case management level. During her lengthy career, Margaret has worked within several human service sectors and as a result, has a deep understanding and awareness of the strengths, issues and challenges the human service sectors face. 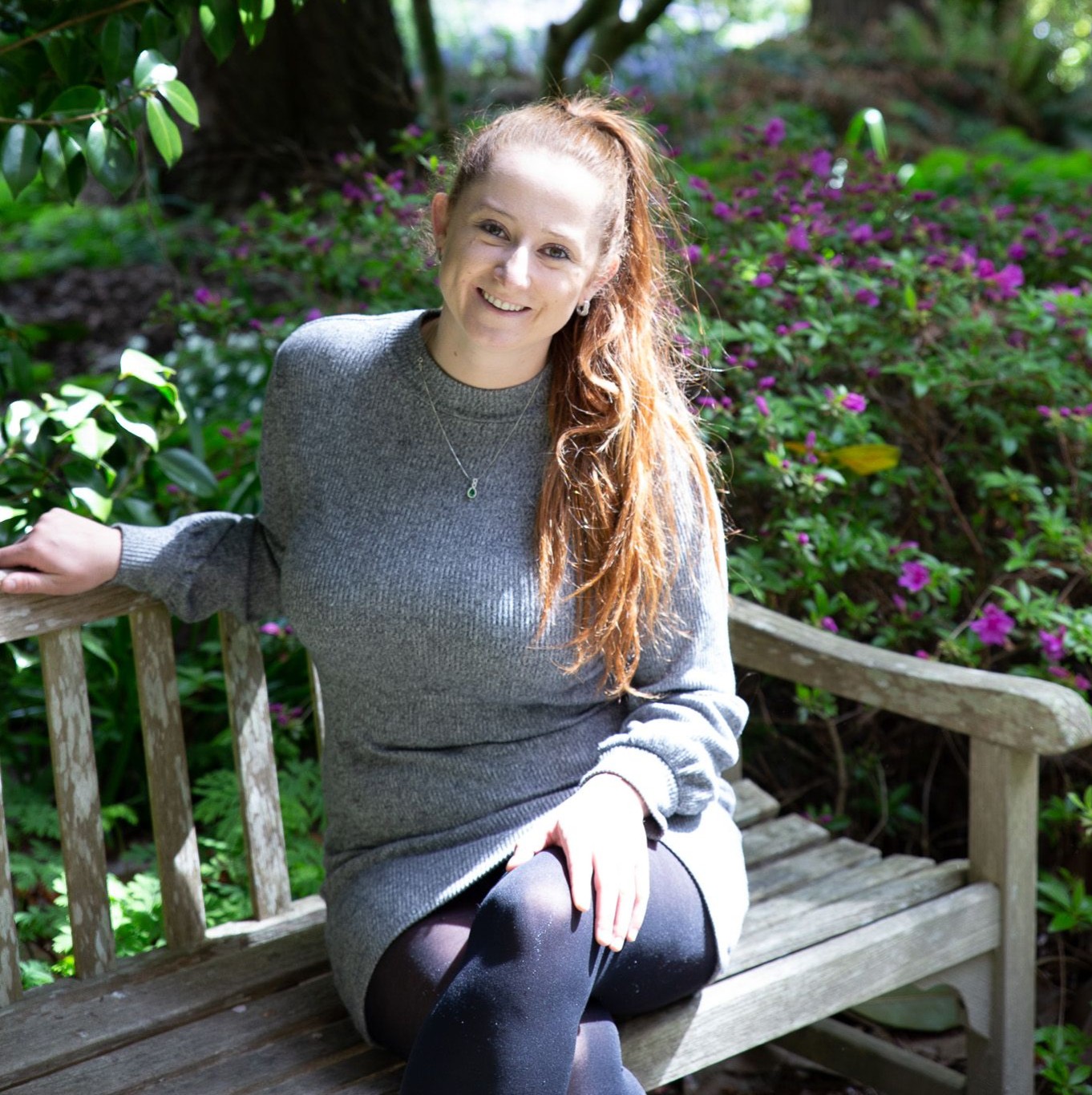 Born and raised in Victoria, Alisha holds a bachelor’s degree in Business Administration with a Marketing Major. As a recent graduate from Camosun College, Alisha has joined our team to use her education and skills training to enhance community-based issues throughout the Greater Victoria Region.

Alisha has partnered with VIDEA (Victoria International Development Education Association) & Women for Change in events coordination for fundraising. The proceeds of the fundraising event directly supported VIDEA’s efforts through Women for Change in Africa who organizes the Rural Youth Exposure Conference, which Zambian youth can attend.

Alisha has been an active member in the sports community throughout her entire life with playing competitive softball and volunteering as a coach. 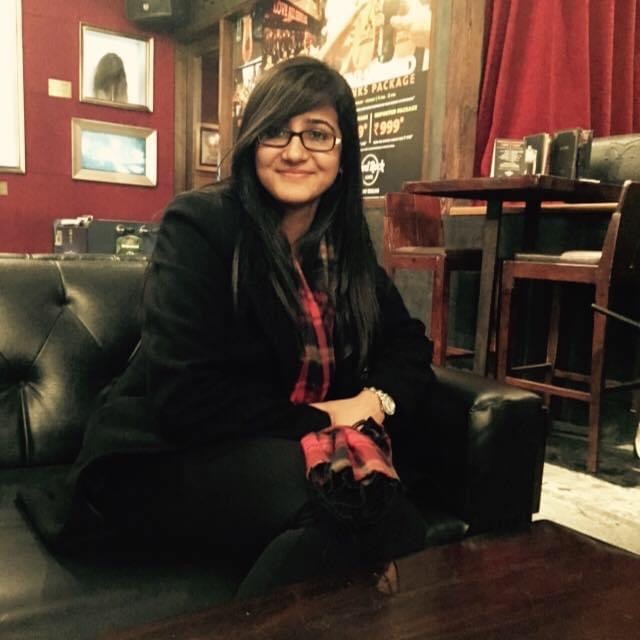 Priyanka is pursuing a Masters of Global Management from Royal Roads University. During her Masters Degree, she is interested in working on a research project with a focus on commitment to newcomers such as immigrants & the refugees facilitating inclusion and sustainable practices & environmental consciousness during Covid-19.

Priyanka has been volunteering for the Mustard Seed and Here Magazine with working in areas such as homelessness, community development and sustainable environment. She strives to bring a positive change for building a sustainable society. 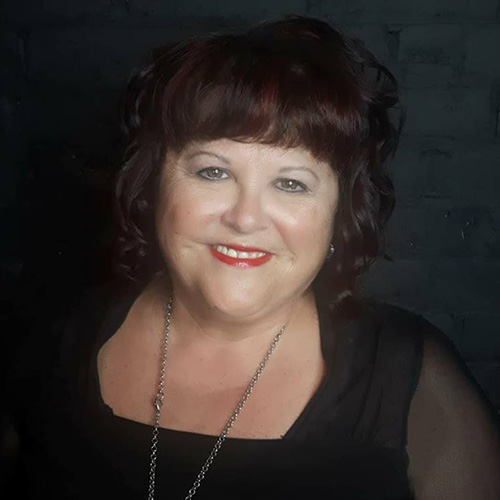 Dr. Jeannine Carrière is Métis and was raised in St.Adolphe Manitoba. She has been teaching social work since 1994 in Alberta and at the University of Victoria since 2005 where she teaches at the School of Social Work. Her role in the school has included being Chair of the Indigenous Specializations and to oversee the Indigenous Student Support Center for the faculty of Human
and Social Development.

Her research interests include Metis children’s identity and needs for cultural safety in adoptions and child welfare services. Dr. Carrière has been a practitioner in Indigenous child and family services for over thirty years and has conducted several research projects related to her research interests with a number of publications including a co-edited book, Calling Our Families Home: Metis Peoples’ Experiences with Child Welfare (2017) which
is the first book on Metis child welfare in Canada. She has also published on Indigenous knowledge building, health equity and the rights of sex workers and their families.

In 2008 Dr. Carriere received the Adoptions Activist Award from the North American Council on Adoptable Children (NACAC). In 2017 Dr. Carrière received the University of Victoria Provost’s Advocacy and Activism Award for her work with Métis and First Nation People.

Sinan Demirel is a sociologist with over three decades of experience in addressing homelessness in a variety of capacities: as a volunteer, advocate, researcher, direct service provider, nonprofit executive, consultant, author and public speaker. He has directed large government-funded research studies, as well as numerous smaller local projects, and developed and taught university courses on research methods and the sociology of homelessness. He began volunteering in soup kitchens and food banks in the late ‘80s and in the ‘90s undertook a participant-observation study, culminating in his Ph.D. dissertation on the topic of organizations that engage with Seattle’s homeless community.

In 1996, he founded the Friday Feast meal program, which Seattle’s street newspaper Real Change has called “the best of all soup kitchens.” After directing what was at that time perhaps the largest survey yet undertaken of families in emergency shelter, he served as the first Program Director (2002-2003) and then the first Executive Director (2003-2010) of Rising Out of the Shadows (ROOTS), which for many years operated the only shelter in the Seattle area dedicated specifically to serving young adults experiencing homelessness. After securing a $2-million grant for that agency, he then moved to Elizabeth Gregory Home where, as Executive Director from 2010 to 2012, he oversaw the rebuilding of that organization, and the relocation of its housing program for women.

Sinan now works as a consultant to non-profit organizations and governmental agencies that address homelessness. Sinan Demirel served as co-chair of both the Seattle-King County the Coalition on Homelessness and the Health Care for the Homeless Planning Council, before moving to Victoria, BC, in 2018. He has been a member of several advisory boards and twice coordinated Seattle’s annual Point In Time count. 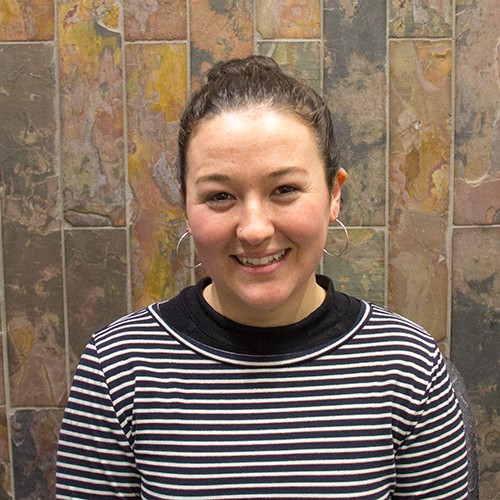 Emily holds a bachelor's degree in Specialized Urban Planning from the University of Concordia and a minor in Sustainability Studies with Loyola College for Diversity and Sustainability.

Emily has focused her interests in food access and food policy by sitting as a member on both the Toronto Youth Food Policy Council and the Food Secure Canada Youth Caucus while working as an organic farmer on Vancouver Island over the last three years. 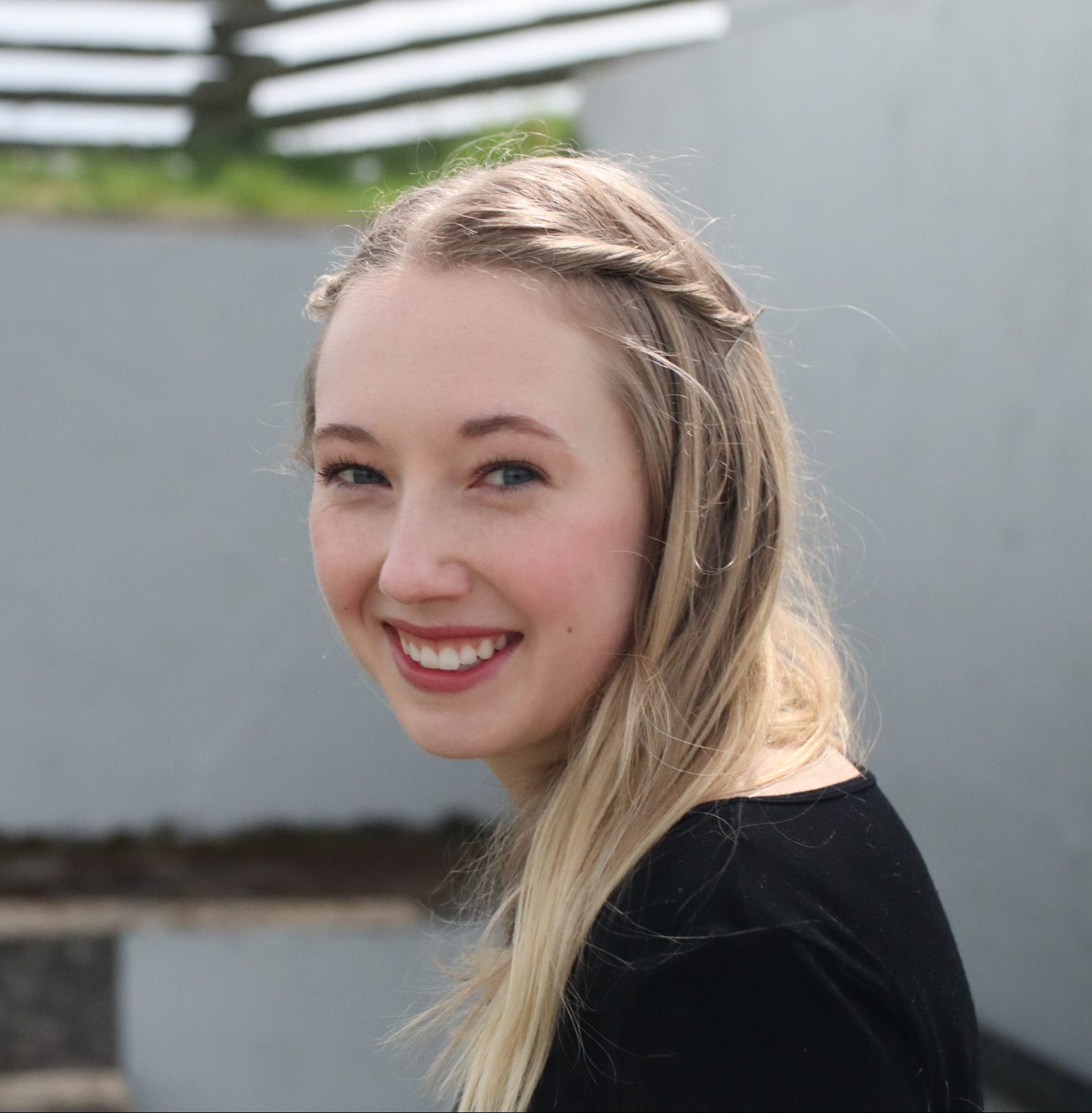 Sierra holds a Bachelor’s degree in Sociology with a Business Minor, from the University of Victoria. Currently, she works in Victoria’s bustling tech sector as a People Ops & Culture Coordinator at Checkfront. Additionally, Sierra spends her time volunteering at Bridges for Women Society developing organizational policies and procedures. She is also a member of Greater Victoria Acting Together's housing action research team.

Sierra champions include the social pillar of sustainability in planning initiatives. She believes resilient social planning is the answer to many of Greater Victoria's biggest challenges, fostering belonging, improving inclusion, and creating equity. Sierra advocates for planning initiatives that meet communities where they are at, through a process of consultation and collaborative decision-making. 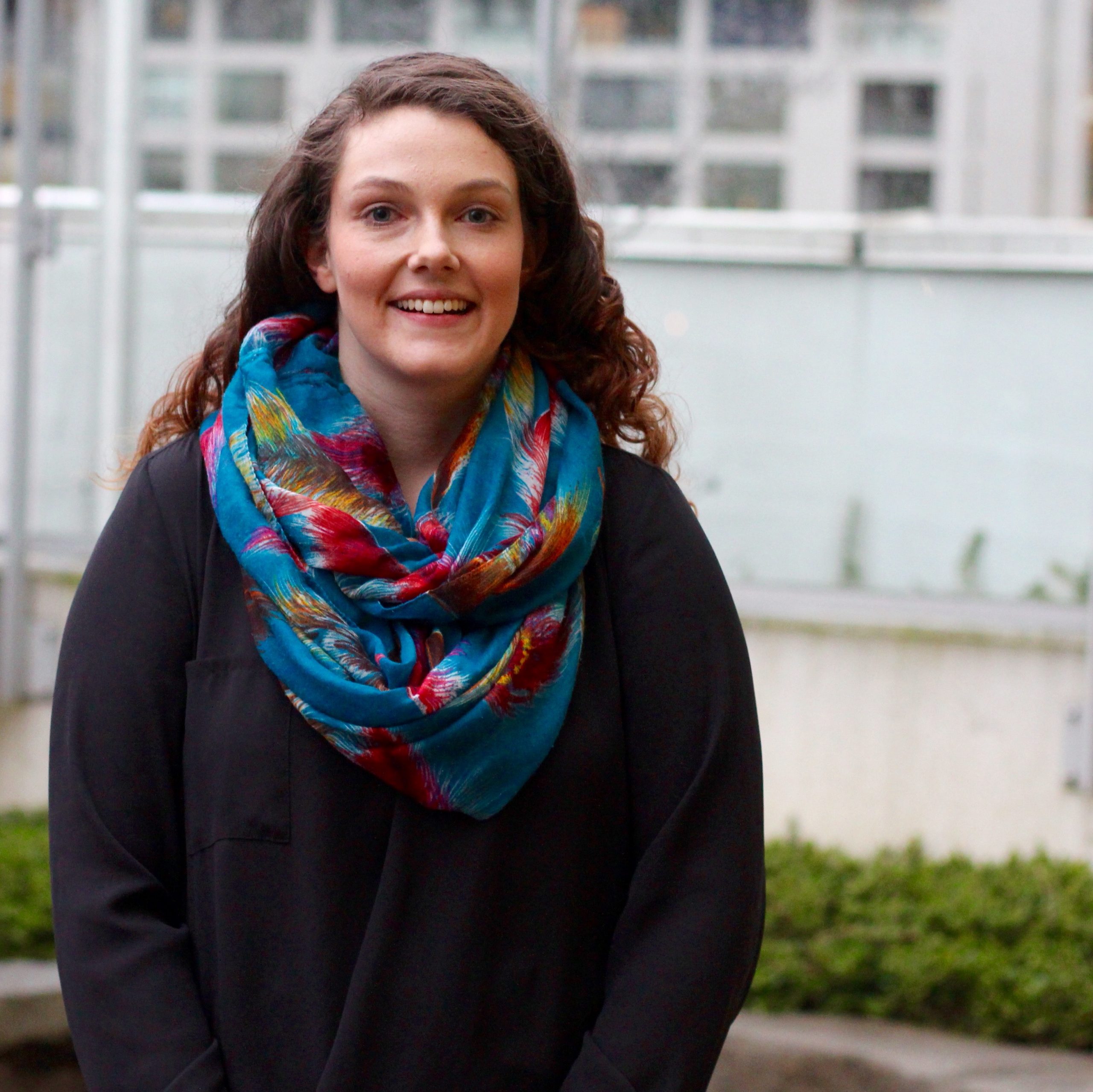 Hilary holds a bachelor's degree of Business Administration in Entrepreneurship from St. Francis Xavier University, and a Certificate in Community Economic Development from Simon Fraser University. She currently works for the YMCA of Greater Vancouver.

Hilary is passionate about creating inclusive, vibrant and sustainable communities. She is looking forward to volunteering with the Community Social Planning Council because her values align so well with those of the organization. Hilary believes strongly in asset-based community-development and is looking to further her education in this area through the Coady International Institute this fall. 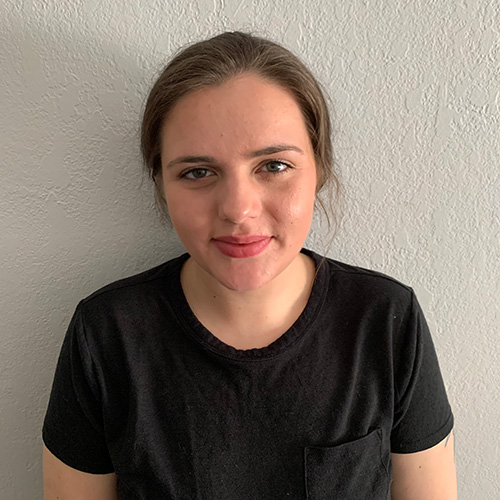 Lauren is a fourth year Global Studies student at Vancouver Island University with a focus on community development.  She has published research on volunteerism, was a Malaspina Fellow and held the role of Director of Finance and Delegate Affairs for VIU’s Model United Nations. She has worked in community addictions and mental health treatment as well as communications.

Roland is driven by taking action on social issues such as food security and access to housing. Throughout his time at UVic, he has volunteered with the food redistribution club Community Cabbage, which prepares and serves free hot meals on campus on a weekly basis. In addition, Roland is currently working with Victoria’s Cool Aid Society as a residential service worker in supportive housing and providing services to Victoria’s street community. He hopes to make a difference in the lives of those most affected by environmental and social injustice through working with the Community Social Planning Council. 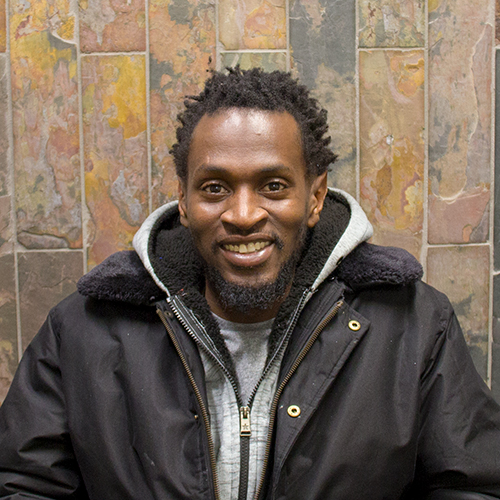